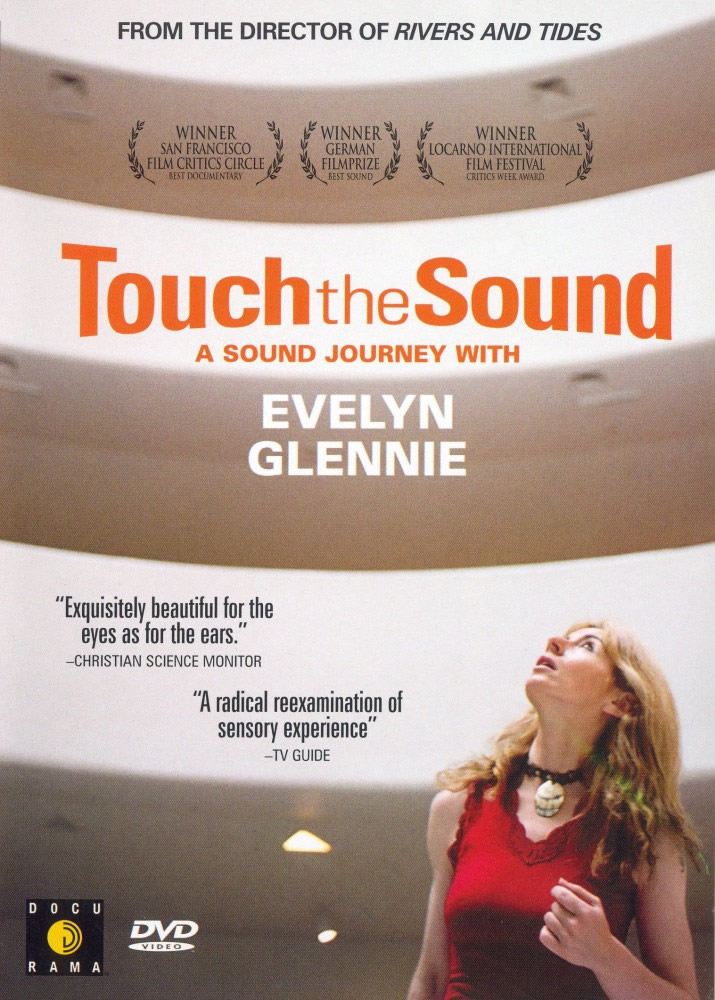 Usurp is thrilled to welcome Dame Evelyn Glennie for a Q&A at our screening of “Touch the Sound”, the acclaimed film about her musical ethos and inspirations.

Following the screening of this award winning film, Usurp Art provides the rare opportunity to meet and discuss the film with Dame Evelyn Glennie, the multi-awardwinning, prolific, eclectic composer and dramatic musician.

Dame Evelyn Glennie is the first person in musical history to successfully create and sustain a full-time career as a solo percussionist. As one of the most eclectic and innovative musicians on the scene today, she is constantly redefining the goals and expectations of percussion by creating performances of such vitality they almost constitute a new type of performance. Evelyn gives more than 100 performances a year worldwide, performing with the greatest conductors, orchestras, and artists. Her diversity of collaborations include visual mixing of live music with the likes of DJ Yoda and the ‘Beat Boxer’ Shlomo. She also created fresh challenges through her collaboration with the Dance Choreographer Marc Brew as part of the 2012 Cultural Olympiad. Other collaborations include Nana Vasconcelos, Kodo, Bela Fleck, Bjork, Bobby McFerrin, Sting, Emmanuel Ax, Kings Singers, Mormon Tabernacle Choir, Fred Frith and the Taipei Traditional Chinese Orchestra. http://www.evelyn.co.uk

Time Out review of the film, Touch the Sound: http://www.touch-the-sound.com
“Thomas Riedelsheimer’s film opens with her (Evelyn Glennie) banging on a tremendous gong until the noise becomes almost deafening – ironic considering that she happens to be severely hearing-impaired. Glennie travels the globe, drumming on New York City rooftops, visiting her family in Aberdeen and collaborating with guitarist Fred Firth in an abandoned factory in northern Germany. The duo can seemingly make music out of anything; along similar lines, the director presents a wonderful world of sound – faucets dripping, high heels clacking, traffic roaring – that suggests Glennie’s rich, private world.”

More about Evelyn Glennie: In July 2012, Evelyn was honoured to take a lead role in the Opening Ceremony of the London 2012 Olympic Opening Ceremony. In collaboration with Underworld, Evelyn led 1000 drummers for the world premiere of “And I will Kiss’ and also premiered “Caliban’s Dream” on a newly developed instrument called the “Glennie Aluphone” accompanying the lighting of the flame.
Doors Open at 6pm
Film starts 7pm sharp (strictly no late admittance)

Please bring some spending money as there will be some amazing merchandise to buy and refreshments.