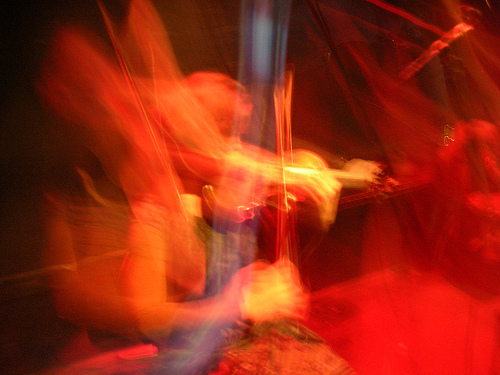 Marjolaine Charbin is a pianist working both inside the piano with objects and with the keyboard. Originally from France, she lived for many years in Brussels and is now based in London. Since studying sound engineering and then jazz piano at the conservatoire in Brussels, she has focussed on improvised music as both a solo and collaborative performer. She has worked with a wide range of musicians and dancers, in London and across Europe, including Olivier Toulemonde, Jennifer Allum, Eddie Prevost, Dimitra Lazaridou-Chatzigoga, Julyen Hamilton, David Toop, Rhodri Davies, Theodossia Stathi, Grundik Kassiansky, Ute Kangiesser, Frans van Isacker, Lawrence Casserley and many others, and has developped film scores and worked in devised theatre. A concert at the Vortex: watch on Youtube

Poulomi Desai is a self-taught, outsider, multi-media artist since 1980, when she set up Hounslow Arts Co-op at the age of 14. Desai was born in Hackney, London, England. Originally inspired by a street theatre background, her works are performative, textual, image based, and acoustic. She works with collaborative working processes which evolve through research, learning and action to examine the elusive, creating large scale photographs, performances and outdoor sound installations. Commissions and Exhibitions include The Serpentine Gallery, London, The Science Museum, London, The Queens Museum, New York, The Oxford Gallery, Kolkatta, and The Photographers Gallery, London. In 2010, she set up the Usurp Art Gallery and Studios. http://poulomidesai.tumblr.com/

Artur Vidal is a Spanish-born saxophone player and sound artist who grew up in Paris and currently resides in London. As such, he has performed in Europe, Asia and America. His work is interested in the possibilities of improvisation from the perspective of its implications within the social field. As an active member of the improvised music scene, he has been playing and recording with musicians who include Eddie Prévost, Phil Durrant, Jennifer Allum, Roger Turner and Sébastien Branche, with whom he makes up the improvising saxophone duo ‘Relentless’. He has currently completed an MA in Sound Arts and started in 2013 an Mphil/PhD research at London College of Communication about the notions of silence and sociality in Improvised Music. http://www.arturvidal.com/