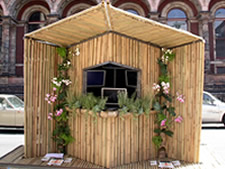 Nine partner cultural institutions up and down Exhibition Road were invited to select an object that they considered Priceless. These include, among others, a provisions list from Harrods for Scott’s National Antarctic Expedition, 1901 – 1904 (Royal Geographical Society with IBG), a Probot (Imperial College London) and a Chinese Jade Monkey (V&A). There will also be large-scale floor graphics throughout South Kensington Underground station’s foot tunnel (Platform for Art). These displays will be presented in conjunction with the results of our Roadshows, in which local groups were also asked to share their own objects of value and unique stories inspired by the Institutions’ choices.